* reconsidering the NeverStop race due to the date change to November, which would result in four race weekends (perhaps five if the Supau Cup is on 11/27) in a row. 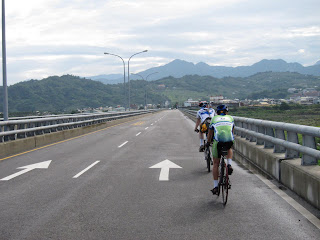 You know, and I have said this many times, Taiwan has so many beautiful places to go, visit, and see - if you get outside of the cities. Taiwanese cities are pretty blah, but get into the mountains and it is almost paradise on earth.

Yesterday, I rode on my bicycle with a couple of guys from Taichung to Miaoli County and back. We rode around the Mingde Resevoir before returning to Taichung. This was an unusual ride for me as it wasn't really a training ride, and what I mean by that is that I wasn't riding with guys who were working to make this fast or for me a solo ride where I was riding a time trial pace. It was a leisurely ride with a couple of other guys and we just wanted to enjoy the ride, the scenery around us and one another's company. 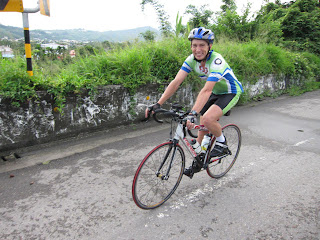 We picked up Taiwan route three in Dongshi District and headed up into Miaoli County. Route three is generally much more picturesque than other major roadways in central Taiwan. We were surrounded by mountains, resulting in some climbing throughout the morning. It also resulted in some beautiful scenery, seeing the mountains in the background with clouds remaining from a typhoon that had just passed by the day before left for some stunning visual images. We also met and chatted with a few people at a local Family Mart where we stopped for supplies. After a morning of riding up route 3, it was time for the real climbing work of the day. 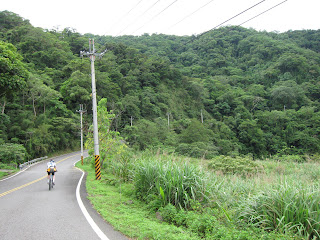 Route three brought us to one of the many routes that cross from the major north-south highways. We crossed on route 126, a picturesque, mountainous route north of the Mingde Resevoir from Shitan down into Touwu, north of Miaoli City. It was also the same road that we used for a duathlon last year in Miaoli, though we came in the opposite direction. Of course, this ride was very different in that it was far more leisurely, allowing me to enjoy the natural surroundings and the fresh air. We saw many butterflies and birds throughout the road. I even saw a squirrel playing in the trees near the top of the ride. It was a thoroughly enjoyable ride which was in start contrast to the last time I rode on that road. 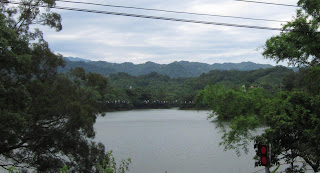 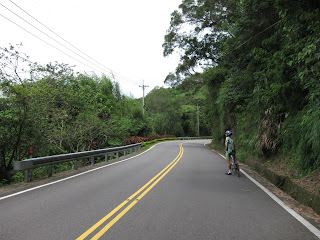 Once we reached Miaoli City, we found a small noodle shop where we had wonderful fried noodles. I got myself a plate of mutton fried noodles. I was surprised both by the size of the plate and the amount of meat included. And then, I was very pleased with the taste of the noodles. They were very well prepared with a relatively low amount of oil. They also put some pepper on it to add just right right amount of flavor. Great place. I hope I can remember where it was so I can return some day. 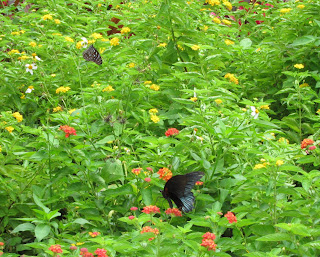 We then made our way back to Taichung. By the time I got back, I had totalled more than 150 kilometers. While it was slower than I would normally cover that distance, I had the chance to enjoy some of Taiwan's natural beauty and have the companionship of a couple of nice guys who in many ways are similar to me in that both have children with local mothers. Despite our other differences in beliefs and lifestyle, that one fact, along with the bikes, gives us something that can always create a bond. 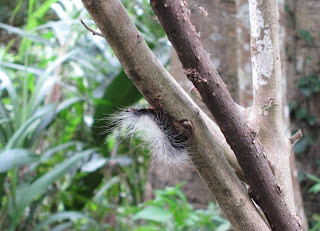 I have a message for my Taiwanese friends. Get out of the cities. Enjoy the beautiful scenery that nature has blessed this beautiful island country with. There is so much to see.

All photos curtesy of Michael Turton
Posted by Michael Le Houllier at 2:41 AM

Michael Le Houllier
Born in the U.S. and have called Taiwan home since 2002. Interested in many sports in addition to politics, history and current events.